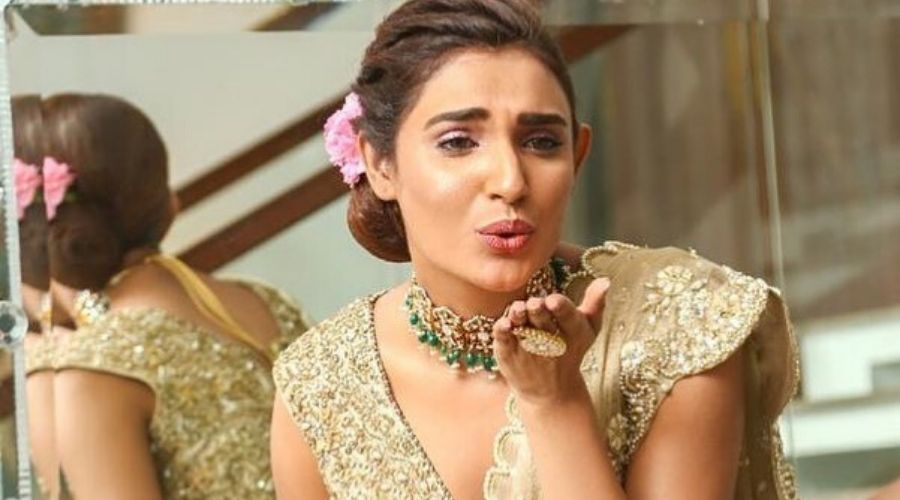 Everyone should get ready to witness the most amazing celebrity wedding in 2021 as one of the most beautiful and dynamic artist of the country, Amna Ilyas, who is a famed model and actress has recently revealed that she is all set to tie the knot in 2021.

The “Baaji” star recently appeared on a game show hosted by Amir Liaquat and after consistent questioning about her marriage plans which she successfully dodged but when he asked if he works with her, she replied ‘Yes!’ and that she is in love, however she clearly denied that she is working with him in a drama currently. “My mother knows, in fact everyone close to me knows,” she shared.

He asked: “Who is that special person in your life? Just give us a hint.” She said: “I will soon tell you who that person is.

The actress then later revealed in an interview, “I can’t reveal much, but the only thing I can say is I can’t wait to get married next year!”

The dusky beauty has appeared in number of films including the critical and commercial hit of last year, “Baaji”. Amna Ilyas has set many trends over the years in the modelling industry as well and is among the few who have successfully crossed over to the entertainment industry, proving her chops in acting.

Illyas is set to star in upcoming Pakistani film Mastani alongside Affan Waheed. The romantic comedy is written and directed by Usman Rizvi.

Amna Ilyas was also selected as the Youth Ambassador for the Punjab Population Innovation Fund (PPIF), which aimed to improve access and generate demand for family planning services in Punjab.