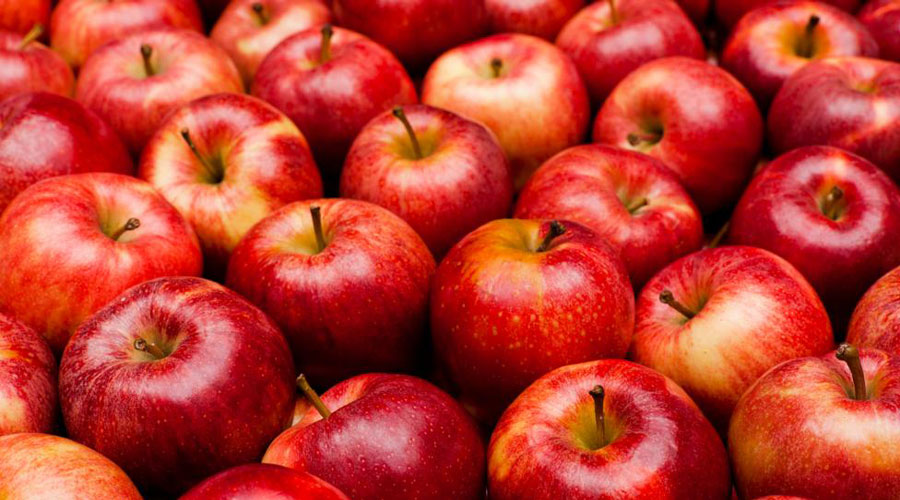 “Farzana Trading”, which specializes in importing, storing, and distributing vegetables, fruits, and foodstuffs, announced its donation of one million apples to the “10 Million Meals” initiative organized by the Mohammed bin Rashid International Initiatives Foundation in cooperation with the Community Solidarity Fund against Covid-19.

Contributions to the food supply sector continue to flow to the “10 Million Meals” campaign aimed at providing food support to the needy, the lowest income groups and the most affected segments from the repercussions imposed by the precautionary measures accompanying the outbreak of the new Corona epidemic, where

The National Community-Based Initiative was the largest of its kind during its first week, recording contributions totaling 11 million meals. Many food companies have made in-kind contributions that have affected the content of the humanitarian campaign and added new food options within the meals they provide to the needy individuals and families in various parts of the country.

The 10 Million Meals campaign aims to provide nutritional support within an integrated system of cooperation in which everyone, individuals, and institutions contribute, to provide a social safety net and food security for the lowest income groups and the groups most affected by the repercussions of the global epidemic Covid-19.

It is based in conjunction with the month of benevolence and benevolence on the values ​​of solidarity, cooperation, and solidarity embedded in the Emirates society in order to enable those in need of food support under the exceptional circumstances produced by the pandemic Covid-19 economically, socially and humanly.

How to Participate In Jeeto Pakistan League This Ramadan

The participation of “Farzana Trading” Company, which is one of the largest importers and distributors of fresh fruits, vegetables, and foodstuffs at the state and region level, is added to the long list of contributions and in-kind donations received by the “10 Million Meals Campaign” a few days after its launch, where the campaign’s call center registered During the first week alone, in-kind contributions to the campaign amounted to 163 thousand meals, in addition to the million financial contributions in it.

Muhammad Hassan Al-Sharif, President of Farzana Trading, said: “Since the launch of the“ 10 Million Meals ”campaign organized by the“ Mohammed bin Rashid Al Maktoum Initiatives Foundation ”in cooperation with the“ Community Solidarity Fund against COVID-19, it has witnessed a wide response from various commercial sectors, and it was We must participate in the humanitarian cause that you hold to address hunger. “

He explained that the UAE, which enables every diligent woman, has given many sectors of the economy, stressing that “This is an opportunity to return the favor and contribute to a comprehensive national campaign, in line with the ninth item of the fiftieth document announced by His Highness Sheikh Mohammed bin Rashid Al Maktoum, Vice President and President The Council of Ministers and the Ruler of Dubai, which requires keeping pace with the growth of charitable and humanitarian work for our economic growth”.

He added: “The ’10 Million Meals’ campaign launched by Her Highness Sheikha Hind Bint Maktoum Bin Juma Al Maktoum, the wife of His Highness Sheikh Mohammed bin Rashid Al Maktoum, Chairman of the Board of Trustees of the Emirates Food Bank, in conjunction with the blessed month of Ramadan is an extension of the humanitarian initiatives that oversee Her Highness Personally, I should follow up on its implementation to ensure its impact reaches the largest possible segment of those who need support and assistance.”

Since its inception, the campaign has received various in-kind donations that were not limited to basic foodstuffs, but also included water and dates of all kinds and fruits, to expand to individuals and families in the month of good.

Farzana’s contribution to it forms part of the social responsibility programs that it carries out annually since its foundation in 1966, including providing meals for public benefit institutions, educating new generations and school students on the importance of eating healthy and nutritionally balanced food, as well as promoting compliance with local and international food standards.

The “10 Million Meals Campaign” provides nutritional support to beneficiaries, wherever they are at the state level, and is organized by the Mohammed bin Rashid Al Maktoum Initiatives Foundation in cooperation with the Community Solidarity Fund against Covid-19, in partnership and cooperation with a number of concerned agencies, humanitarian and charitable societies in the country.