After becoming a smash hit and forming a world record after airing on YouTube, “Ghazi: Ertugrul” has become the latest obsession of many Pakistanis. Starting from the 1st Ramadan in Urdu Language on PTV, the show has garnered TRP smashing viewership in the country.

People have been especially intrigued by the Islamic values and morals that the show portrays so excellently. However, the Instagram of their favorite female lead ‘Halime Sultan’, played by Esra Bilgiç, has enraged them. The beautiful Turkish actress who so gracefully plays the role is being trolled an criticized by many Pakistanis who expected her to live like Halime Sultan in real life.

The comments stacking up on her Instagram are pure shock of the viewers,

People have also turned to rude comments after seeing the profile 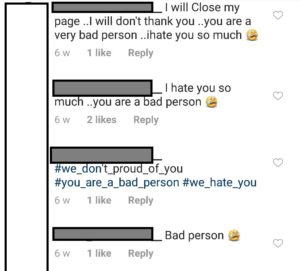 While some are apologetic on behalf of their countrymen 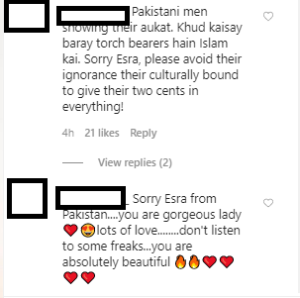 Even celebrities defended the actress on social media after the happenings 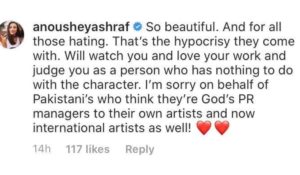 Esra is amongst the many cast members who does not live life “Like Her Character in Ghazi Ertugrul” as these people are actors and have their own unique selves which are portrayed beautifully on their Instagram profiles.

Our favourite hero, Ertugrul himself has an Instagram profile that is stacked with his own adventures.

Like many of us it look like Ertugrul is also a fan of Lego Batman. Here he can be seen with his wife.

Shown as one of the three Alps of Ertuğrul, together with Bamsi Beyrek and Doğan Alp who were his blood brothers, Turgut is a loyal friend and great warrior in the show. In real life Cengiz loves having some water adventures as his profile is filled with snaps on the beach.

Portraying one of the strongest and capable women in the serial, she does not carry herself like a warrior with a heavy sword and horses with her as entourage in real life though. Looks like she loves her outdoor adventures and parties in her house from her profile.

Another character that loves his beach adventure is another one of the three Alps of Ertuğrul.

Even Selcan Hatun is not plotting and doing black magic all the time in her real life rather recently got married happily and is the jolly soul that loves having a good time with friends and family.

And there are many more adventures that these celebrities have in their personal lives pertaining to their unique personalities, so Pakistanis lashing out on them is just a testament of how brilliantly they all have performed their roles that people are unable to separate the actor form the character themselves.