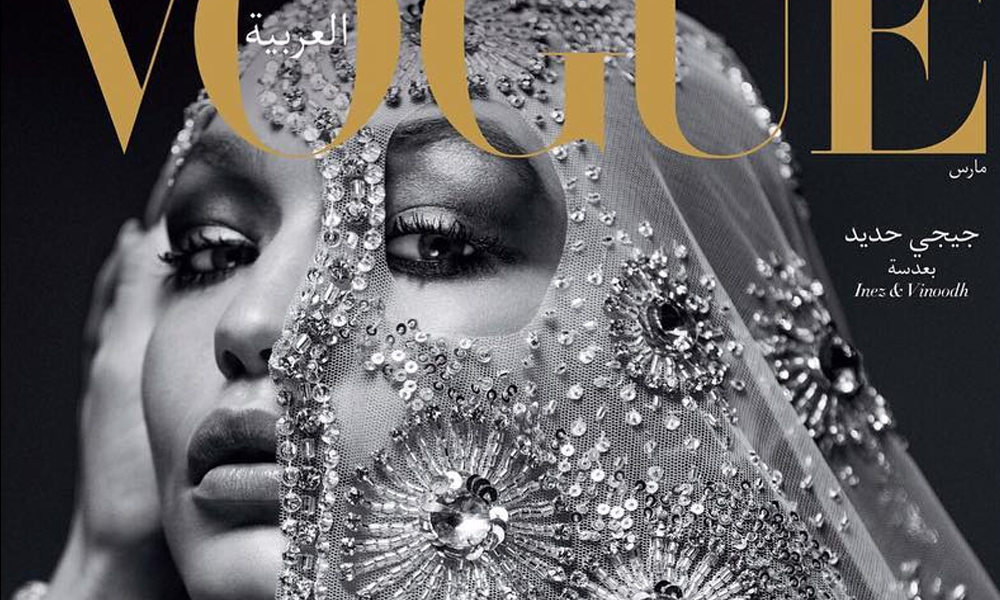 The International Model of The Year — Gigi Hadid has landed herself in pretty hot water by wearing a beaded hijab on the cover of Vogue Arabia.

In a bid to highlight the Arab culture, Vogue Arabia’s March cover features the blond goddess in a heavily embroidered and beaded hijab that covers half of her face. The move backfired as soon as Vogue posted the cover on their Instagram page.

The beaded headscarf styled by designer Brandon Maxwell has now become a troublemaker for Gigi and Vogue Arabia causing furious reactions among the crowd. People are calling Vogue Arabia’s first cover ‘Joke’ and ‘Disappointment’. While some question Gigi’s selection on the Arabic cover, others are angry over the symbolism of the headscarf.

What do you think of Vogue Arabia’s first ever magazine cover with Gigi Hadid?