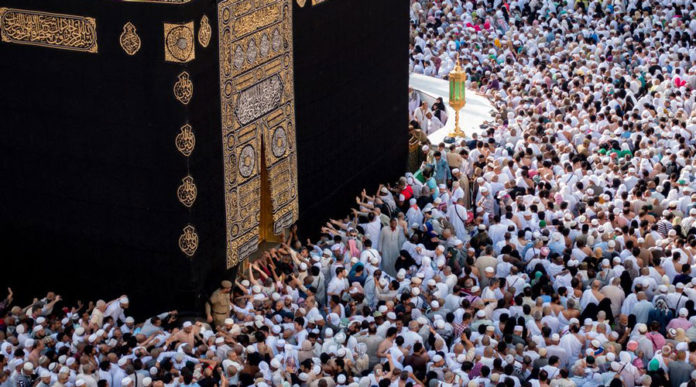 The Saudi Ministry of Religious Affairs says that in view of the current situation after the coronavirus, Hajj and Umrah will remain suspended, but it will continue to be reviewed.

According to the Saudi News Agency, the Ministry of Hajj said in a statement that experts are considering the situation of the global epidemic and as soon as the situation improves, a better decision can be made in this regard. Routine life is now slowly being restored, but no decision has yet been made regarding the restoration of Hajj and Umrah.

According to the Saudi Interior Ministry, the mosques in Makkah will be opened for worshipers on June 21, after which prayers will be offered in the congregation following precautionary measures. However, prayers will continue under the current rules and SOPs.

It should be noted that the Saudi Interior Ministry, like other cities, has announced a relaxation of curfew in Makkah, which will begin on May 31.

According to Saudi Arabia’s state news agency, the curfew will be relaxed from May 31, allowing locals and foreigners living in Mecca to leave their homes daily from 6 am to 3 pm. According to officials, from May 31, Makkah will also be allowed to come and go from other cities.

According to the Saudi Interior Ministry, the second phase of easing the curfew will begin on June 21 and all mosques in Makkah will be open for worshipers and the five daily prayers in the mosques will be offered in congregation according to the prescribed rules.

However, under the current rules, Friday and congregational prayers will be maintained in the Masjid al-Haram, under which only members of the administration and security personnel can offer prayers.

It should be noted that the number of people infected with Corona in Saudi Arabia has exceeded 80,000 while 441 people have died.