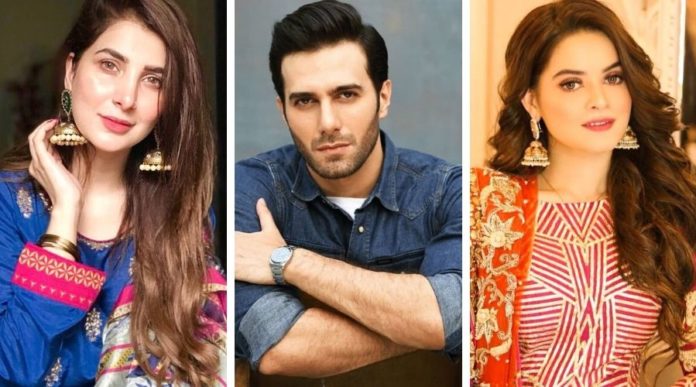 A new drama serial is about to start from next week featuring the talented Minal Khan on ARY Digital that is guaranteed to keep the audiences hooked as the trailer shows.

The story revolves around a Nisha (Minal Khan), who visits her sister, Misha (Ariba Habib) and after seeing all the money, luxuries that her sister lives in, she plots to snatch it all from her by starting an affair with her own brother-in-law (Emaad Irfani). This ignites the fire between the siblings and war for love and life starts. The drama serial is one that has jealousy, envy, materialistic gains, backstabbing and much more, making it a must watch for the masses.

Jalan Drama is a Big Bang Entertainment Presents drama serial directed by Abis Raza penned down by Muhammad Asif. The serial is all set to air on ARY Digital from 17th June, every Wednesday at 8:00pm.

Watch The Trailer For The Drama Below:

Minal Khan made her acting debut as a child artist in Kaash Main Teri Beti Na Hoti and since then appeared in television serials including Quddusi Sahab Ki Bewah, Sun Yaara, Hum Sab Ajeeb Se Hain, Parchayee, Ki Jaana Main Kaun and Hasad, after which she has become one of the top heroins of the Pakistani drama industry.