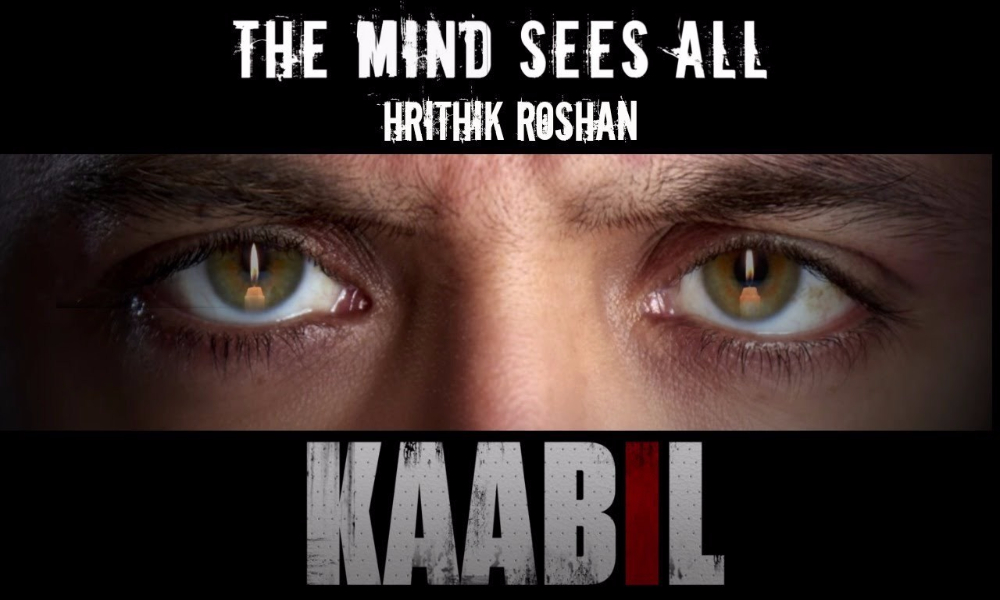 Hrithik Roshan is not the only blind character in “Kaabil“. The trailer reveals that his co-star Yami Gautam too is blind. And there is no one who can hide the couple’s world of darkness from us. However, the trailer of the movie is sharply divided and the top notch cut is very ravishing. It shows the visually impaired couple meeting, falling in love, getting married, singing and dancing. Although the second half of the trailer lays out a dark, cruel world of tragedy and retribution for the blind hero.

The film is Directed by Sanjay Gupta of Kaante fame, Kaabil’s curtain raiser shows Hrithik in an intense avatar. With burning eyes and flaming candles inside the blur lenses. Therefore, one can assume that it’s going to be the next in line of Shootout At Wadala and Jazbaa, Sanjay Gupta’s recent films.

Without a shadow of a doubt, Hrithik is a clear winner in every frame of the trailer, incidentally the best edited as well as packaged trailer we’ve seen this year.

If you haven’t watched the trailer of Kaabil, here is the YouTube video:

Hrithik Roshan’s last film, Mohenjo Daro, didn’t do well at the box office. Even after much hype and was possibly also the nail in the coffin for film studios. And so, suffice it to say, all eyes were on the trailer of their next film Kaabil.