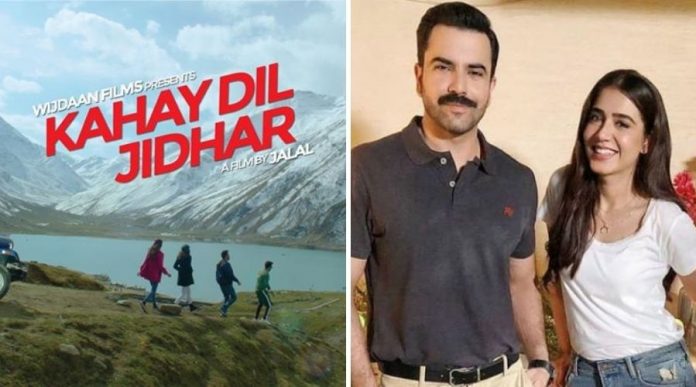 With the trailer releasing back in January, Junaid Khan and Mansha Pasha Starrer, “Kahay Dil Jidhar” got delayed for release despite being completely shot due to the widespread global pandemic and country-wide lockdown.

Junaid Khan will be making his debut as a leading man in this movie alongside Manha Pasha who last appeared in Kamal Khan’s critically acclaimed film Laal Kabootar (2019) alongside Ahmed Ali Akbar.

Junaid Khan will be portraying the character of a valiant policeman Sheheryar, and Mansha Pasha as a fierce journalist and news anchor.

The story is about college friends who would do anything for one another but as their ways separate with time, their paths cross once more and many developments lead to lives changing forever.

Junaid Khan further stated that it is a message oriented yet a “masala” movie and he has done something for the movie that he did not ever do before, that is “dancing”.

The film’s cast also includes Atiqa Odho, Sajid Hasan and Roma Michael among others.
The movie has been Penned by Kamran Bari and directed by Jalal Uddin Roomi.