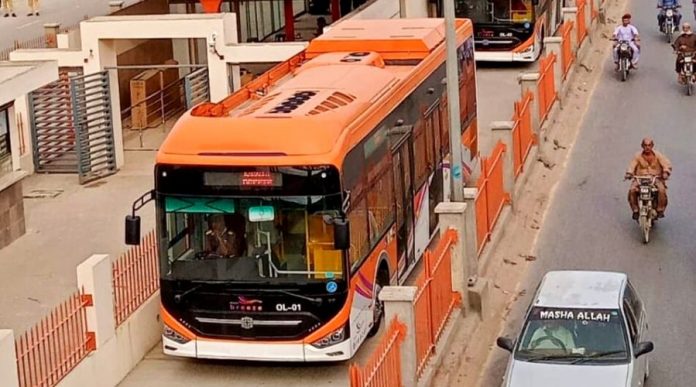 Karachi’s Orange Line Bus was inaugurated in 2016, however, the orange bus had to face many delays before the official launch. It was initially launched as Orange Line Bus. But, the name was changed to Abdul Sattar Edhi Line to honor the late Abdul Sattar Edhi for his substantial contributions to social work in the Pakistan community. The Orange Line system is now officially operating in Karachi since 10th September 2022.

There are 18 Orange Line Buses in Karachi at the moment and all of them are equipped with many modern features including automatic doors, a fire fighting system, a CCTV camera, an air conditioning system, Free Wifi, and Emergency Exit. 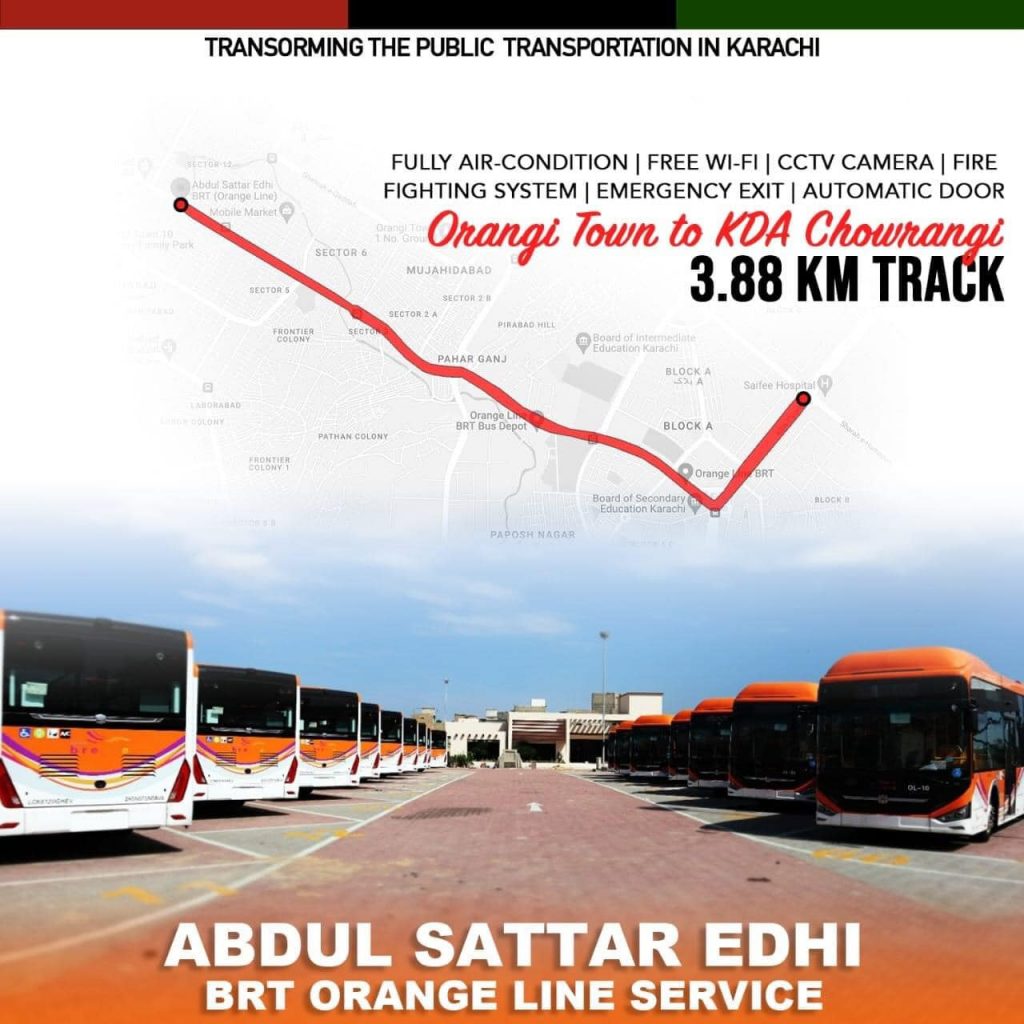 The Orange BRT system currently covers a total distance of 3.88 Km and has four stations at a distance of 1 km each, but keep in mind that the system is a part of a much bigger project, and in near future, the system will extend up to 150 km in Karachi. The bus route currently covers the distance from AO Chowk in Nazimabad to Nishan-e-Haider Chowk (Orangi Town) and carries an estimated 50,000 passengers on a daily basis. 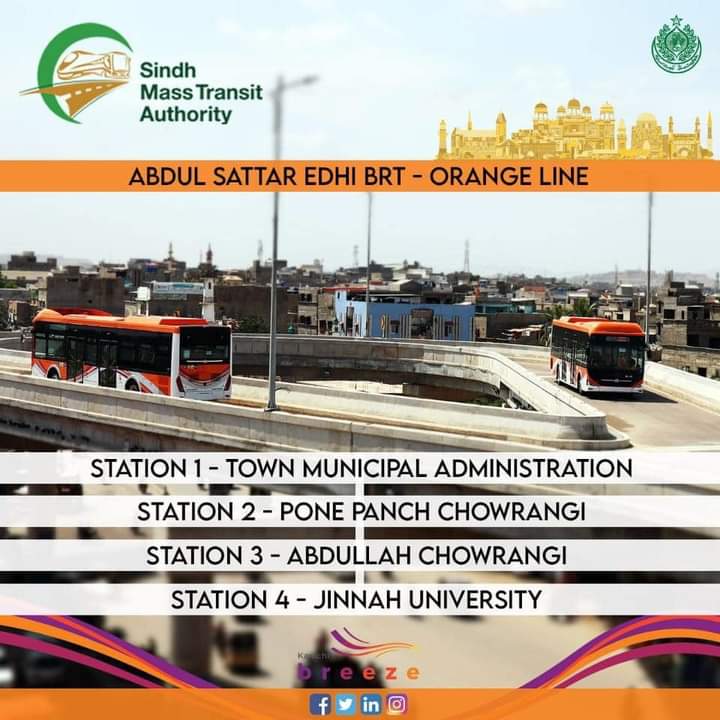 The BRT system’s four stations are as followed:

With all the modern features and extremely comfortable traveling within the city, the Orange Line System offers very budget-friendly tickets as well. You can easily get Karachi’s Orange Line BRT System tickets for Rs 25 only.