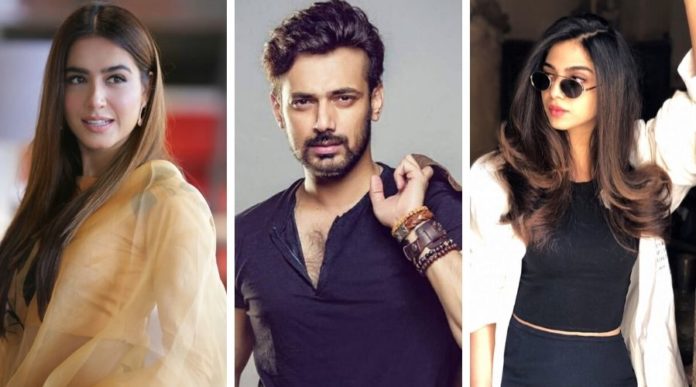 With the hit serial “Ishq Zahay Naseeb” just wrapping up a few months ago, the same winning cast has come together yet again as revealed in the latest trailer of new drama “Mohabbat Tujhe Alvida” by Hum TV.

Zahid Ahmed and Sonya Hussyn have teamed up again for this latest series and from the look of the trailer, the story is one of love, greed, power hunger and betrayal. The story revolves around three main characters of Zahid Ahmed, Sonya Hussyn and Mansha Pasha who are stuck in an uncanny love triangle when Mansha Pasha offers Sonya Hussyn money, bungalow and all the world could offer if she would only allow her to marry her husband (Zahid Ahmed), to which the character of Sonya Hussyn seemingly agrees hence opening doors to the real drama.

As Zahid Ahmed slowly grows in affections for his second wife, Ulfat (Sonya Hussyn) realizes that she is losing her real wealth i.e. her husband’s love and plans to have it back all for herself once again.

According to Sonya, the drama will go on air from Monday, 15th June, 2020 on HUM TV.
The cast and other details of the drama serial are yet to be revealed.

Watch the trailer below:

“Mohabbat Tujhe Alvida” is definitely a different story where women are seen playing the game of power and craving it rather than men. Coming to the screen is Sonya Hussyns yet another drama that is a take on a character who suffers from schizophrenia.

But due to the recent surge of the pandemic, industries and economies all around the world has closed down and also halted the shoot of this upcoming serial.