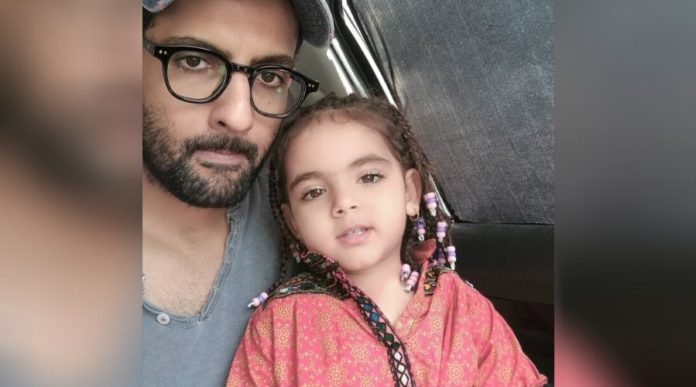 Father’s day is an auspicious event and a happy one, but not for all. Mohib Mirza, the famed actor, is found to be sad this Father’s day as he is not in contact with his daughter.
The actor took to Instagram to express his grief as after the split with long time wife, Amina Shiekh, the actor has been kept away from their daughter, Meissa.

The actor says in the caption: “I wish i knew the whereabouts, i pray and hope to see you soon my love my daughter meissa”. The couple was blessed with a beautiful daughter, Meissa, after ten years of marriage in 2015.

Mirza himself revealed the news of their separation in an interview with Ahsan Khan on a BOL Tv. During the interview, Mohib was asked if whether or not he’s still together with Aaminah Sheikh. To which, Mirza said, “No, we aren’t together.”

From the Father’s Day caption it seems like Mohib Mirza and Amina Shiekh have cut all ties as the Mohib even does not know the whereabouts of his own daughter. Sources have claimed the couple’s divorce was made official last year, and the mother, Aaminah has the sole custody of their daughter.

Moreover, according to rumours, several sources have claimed that Aaminah flew to the US with daughter Meissa and spent quite some time there.

The separation between the two was shocking as they were considered to be one of the most powerful couples of the industry.