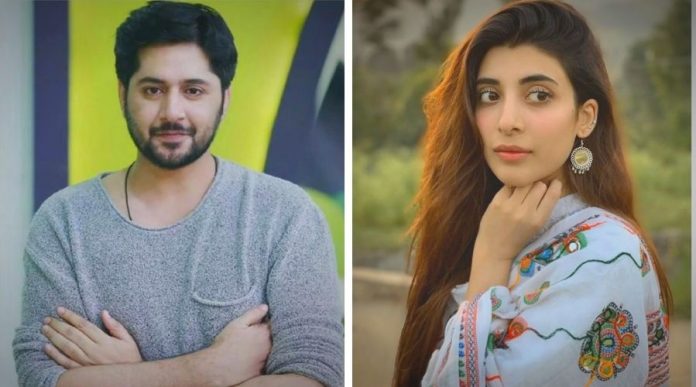 The much-awaited Urwa Hocane and Imran Ashraf’s drama serial “Mushk” just had its trailer released and the audiences are enjoying the complex story and characters that the story is aiming to give the masses.

The drama that is directed by the “Suno Chanda” and recent thriller mega-hit “Ye Dil Mera”, Ahsun Talish.

The story as of yet cannot be made out but is set in the rural and urban areas of Pakistan and lays out a vast set of characters which when will interact with each other, fireworks will happen.

Urwa Hocane exudes confidence and powerful performance in the trailer. Urwa’s has been on a three-year break since then, not appearing in any dramas for the small screen and is now returning with the much-hyped drama.

The drama has been written by Imran Ashraf for MD productions, which is the production house led by Momina Duraid and Duraid Qureshi.

Mushk takes a realistic approach towards characters, according to Imran Ashraf.
Sehar Khan will be seen as a young woman in love while Osama Tahir and is the cornerstone of the story, according to the writer.

Imran stars as the protagonist Adam, who is seen as a very honorable, gentle and chivalrous man. While Urwa, paired with the character of Adam is confident, outspoken, materialistic, and much more.

Imran Ashraf informs that Momal Sheikh is playing someone who is stuck due to her circumstances.

Zara Tareen is playing a very unique role, while Hasan Ahmed will also display various layers in his portrayal.

“We have tried to revive the dialogues that PTV dramas used to have but the acting style and execution are new-age. The dialogues are poetic and we have done this on purpose. We have said things as is, without censoring anything; the characters say how they exactly feel. Viewers will enjoy the story; it is fast-paced, carries important lessons, and a lot of entertainment.” added Ashraf.

With just three more days of shoot left now, the majority of the shoot was completed prior to the lockdown.