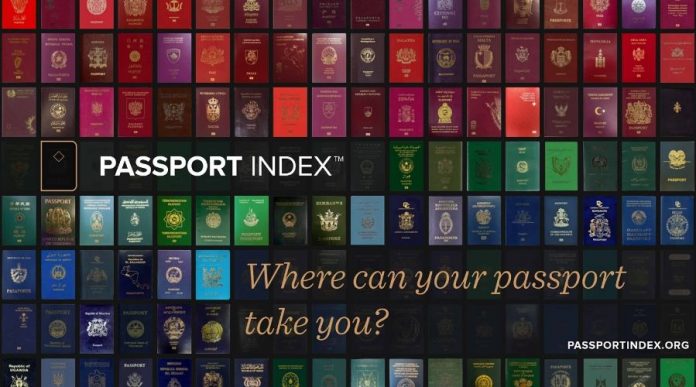 Last year, according to the Global Passport Index list of 2020, Pakistani passport was ranking on 198 from the list, which was second to last position.

But since then, Pakistani passport’s discrete power ranking has made progress and jumped from rank 199 to 192 on the Global Passport Index list of 2020. Now, the Pakistani passport ranks better than the passports of Iraq , Afghanistan, Syria, Somalia, Yemen, and Iran ranking at 199, 198, 197, 196, 195 and 194 respectively.

Fortunately, Pakistan’s passport ranking is still a step higher than that of Palestinian Territories, ranking at number 192. However, the global group ranking of both passports is the same, which is at 63. 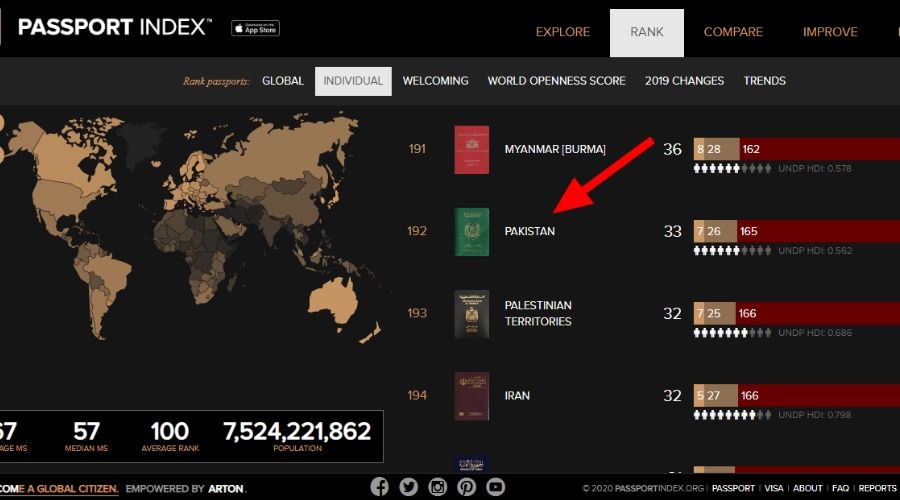 The Iranian passport power ranking has been sunk even more than before and now stands on 194th rank from the list and has become one of the least respected passports in the world.

The global passport ranking indicates the power and reputation of any country around the world. It also shows where you stand against the other countries in the world, how many countries a passport holder can travel around the world without a visa and how they are treated by the government and people in other territories.

Here we have listed Top 10 most powerful and respected passports in the world according to the global passport index list 2020:

According to the index list, currently, Japan, New Zealand and Finland are the Top 3 Most Powerful Passports in the World. While on the other hand, Pakistan is still almost at the bottom of the list, standing at rank 192.