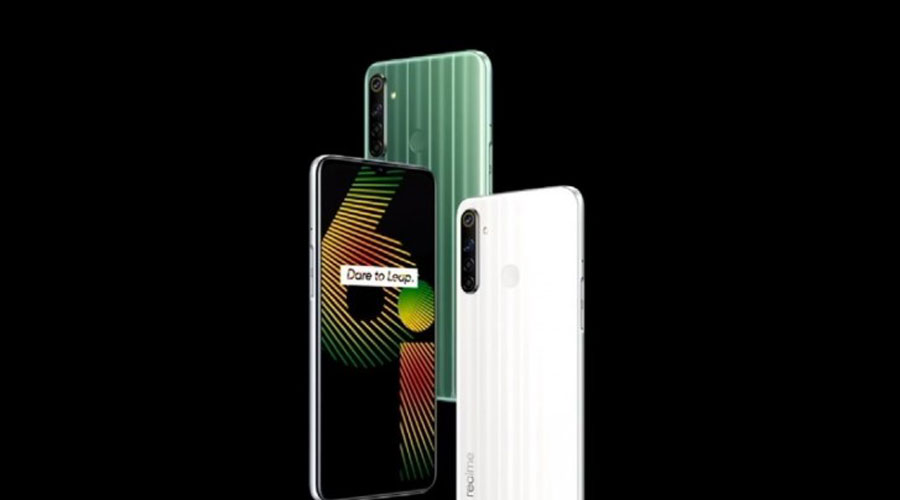 Press Release – realme which is Pakistan’s one of the top emerging smartphone brands that requires very little introduction but realme 6i, recently launched one of the anticipated devices of realme 6 series.

Realme 6i is a revolutionary gaming monster of the season housed with World’s first MediaTek Helio G80 chipset this device is considered to be the best choice smartphone.Here we have found some real facts about the device which really makes it feature-packed value for money gadgets.

Representing the most budget-friendly entry in a new range of 6-series Realme handsets Which makes the realme 6i a worthy contender among the more affordable Android devices in the market. This is one smartphone that’s well-deserving of a closer look.

realme 6i comes equipped with a 48MP AI Quad Camera setup for great photos, as well as a massive 5000mAh battery that will keep the device going on and on, but the real heart of the device is key to making it a truly powerful device.

The realme 6i is equipped with the world’s first Helio G80 chipset that’s set to deliver plenty of power to the device.

Realme opted to build its Realme 6i with a curved rear panel made of plastics to complement its frame. The company sells its handset in a vertically-lined Green Tea or White Milk. The stylings are attributed to Japanese industrial designer NaotaFukasawa and definitely stand out in the crowded affordable segment.

In terms of system animation, realme UI is equipped with the latest quantum animation engine, which improves the screen fluency.

Turning on the “Focus Mode” can help users isolate themselves from the outside world, and the system will simultaneously play some relaxing music. This will turn on DND (Do Not Disturb), preventing new notifications from swarming in, and one of the four built-in tunes can be chosen to dive in a relaxing zone.

This feature is extremely useful if two users are trying to enjoy the same video or song at the same time from the same device.

Realme 6ican connect a pair of wireless earbuds and a wired earphone simultaneously, so two people can listen to the same song played from the same realme smartphone.

Just use 3 fingers to take a screenshot, press and hold on the screen, then swipe to capture the selected part of the screen. No more cropping is needed, and taking a partial screenshot is done with just one step.

How HUAWEI P40 smartphone can keep you Entertained during the Lockdown

realme UI follows the latest Android 10, a system with light, fast, and power-saving features have been further optimized in terms of fluency, power consumption, and performance.

Realme 6i maintains its sleek feel the smoothness of the bottom-firing speaker grille, USB-C port, and 3.5mm headphone jack helps keep a more premium feel too. With regard to the build quality, Realme has ensured that each of the device’s buttons clicks through satisfactorily with no wiggle. There’s no jostling the plugs either. The Realme 6i simply feels like a well-made piece of hardware.

realme 6i is widely characterized for its modern features, elegant design, smooth screen, high-speed performance, and long-lasting battery life. The realme 6i does better than the overwhelming majority of its budget counterparts.

On performance for everything from the processor to the fingerprint scanner and display sensitivity or responsiveness, camera performance there are no hangups to speak of.

All of that comes together as a handset that’s well worth considering for any user.

The Hour is Here: The Biggest realme 11.11 Sale Goes Live on Daraz

realme Drops the Wish Come True Anthem co-created with Raamis for the 11.11 Sale on Daraz