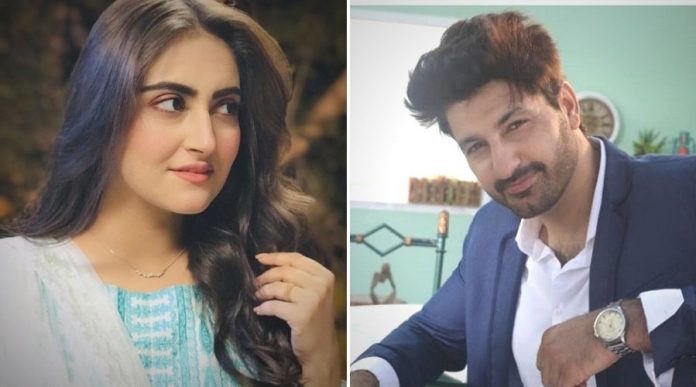 With weekly trending hits like “Deewangi”, Hiba Bukhari is also starring in another favorite of the audiences on Hum TV “Tarap”.

Tarap is the story of a modest, good-natured girl Zunera, who is an aspiring writer and though no one in her family is interested or knows about Zunera’s talents, yet the whole family is full of either cunning characters who can turn the tide as they please or helpless souls like Naani and Zunera who have no choice but to succumb to the decisions and games others have set for them.

The drama was initially pitched and started off as a mystery-psycho thriller as there is a clingy, psycho lover, Laeeq (Babar Ali) in the play. Zunera’s life is nothing but a cage as her strict brother is blind to others feelings and compliant to his own desires, Zunaira and her sister in law abide by all his rules, so does her maternal grandmother.

Her younger sister Haniya is a rebel who doesn’t like the rules and regulations and does what she wants.

Zunaira is still in love with Faris but her sister is still not letting them marry while Laeeq continues to play his dirty tricks with Zunera.

The drama is written by Misbah Syed, produced by Babar Javed & MD Production.
The OST is sung by the Singer Khurram Iqbal and Composed by Denis Tanveer.