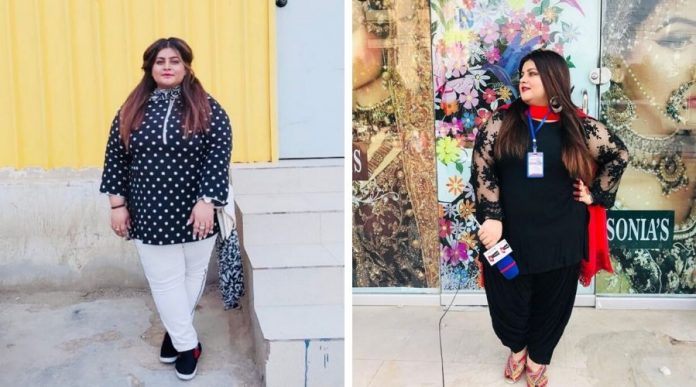 One of the greatest evil that exists in the Pakistani society is “Body Shaming”. A society obsessed with looks and color of the skin rather than the individual themselves, has once again targeted a young girl, who after such strong remarks, wanted to commit suicide.

A young TikToker, Aleena Fatima, has been targeted and initially what she thought was fame due to her talent, turned out to be bullying on a global platform. While giving interview to the famed host, Maya Khan, the young starlet broke down because of the online trolling and hate that was given to her.

Recently, Aleena started getting tagged in “Maweshi mandi” titled videos and people started comparing her to animals that will be sacrificed for the blessed occasion of Eid-ul-Adha. Aleena felt very ashamed and distraught at this comparison.

Things took a turn for the worst when people in her circle and online started harassing her family as well. Her father who is a government employ, felt much ashamed when his friends started getting videos sent to them in which Aleena was bullied to the worst. The same was the case with her brother.

Aleena now has started getting offensive calls and messages after her number was leaked and she expressed the great mental strain on herself as her phone does not stop ringing.

Aleena though is not without hope as the good people in her life and supporting fans encourage her that she is indeed beautiful and one of a kind and did not deserve such hate.
Watch the video of the heartbreaking interview below:

Many efforts in the country are being made to counter this problem. Zainab Chughtai, a Pakistani lawyer has started an initiative to counter body shaming and bullying with women, founded Bully Proof in 2014 and has been reaching out to young girls in Lahore schools.