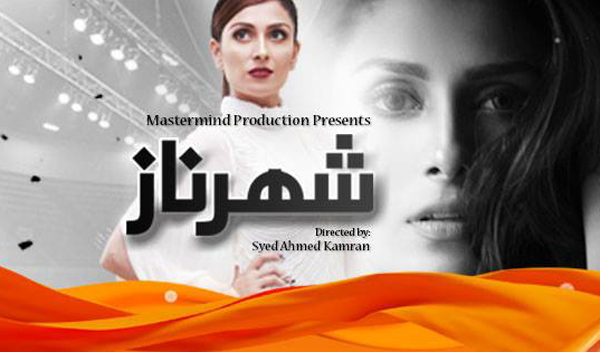 Urdu1’s Ayza Khan starrer drama, Shehernaaz has left all the cliches behind with a new story line and characters. The drama cast brings Ayeza Khan as a strong headed woman who has high hopes and dreams to become a well-known actress and struggles to gain that spot in the industry.

The plot of the story revolves around Shehrnaaz who aspires to become a famous actress. Belonging to a middle-class family and living with her father, Shehernaaz shares a strong bond with her father Naseeb Gul played by Sajid Hasan, who is a tailor working for an acclaimed fashion designer.

Seeing her father struggle and working so hard, Shehernaaz somewhere down the lane feels that her father doesn’t get the recognition or credit that he deserves for his work. As a strong and aspiring woman, Shehrnaaz dreams on making her father known for his work and believes that he should have his own clothing brand one day.

The middle-class family tag is something that Shehernaaz doesn’t want to carry with herself and to hide her social status, she lies to her friends about her family status and how she is enjoying all the luxuries of life. To enter the glamorous world of acting, Shehernaaz prefers to be called as Shahnaaz as she deems this name is good for her acting career.

Talking about the male lead, Farhan Malhi plays the role of ‘Sherry’. Famous actor Alyy Khan will also be a part of this drama along with Imran Ashraf. The drama is produced by Ayeza’s husband Danish Taimoor along with Hassan Zia whereas Hoor Shamaeel has taken the charge as a writer and Syed Ahmed Kamran is directing the most-talked drama serial.

Ayeza who has already won many hearts with her killer looks, her beauty and with her excellent acting skills, is ready to play her lead role in drama serial Shehernaaz which will be completely different than the roles she has been doing previously

With her successful hit drama Tum Kon Piya on Urdu 1, Ayeza is ready for another drama where she will be seen in a completely different avatar. Playing the role of a strong headed woman who has high hopes and dreams to become a well-known actress and struggles to gain that spot in the industry.

Here are some pictures of Ayeza from the scenes too: 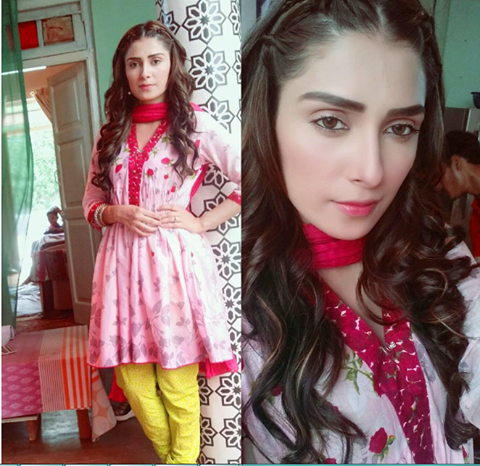 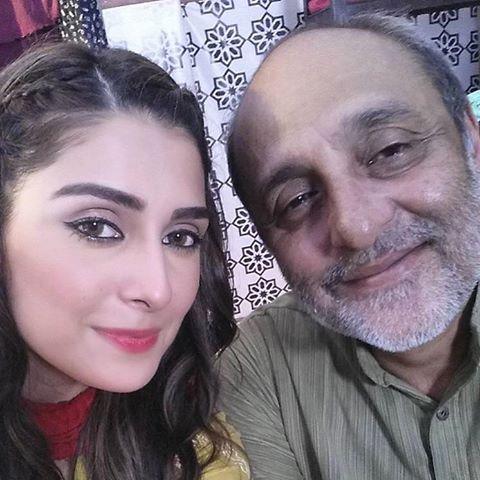 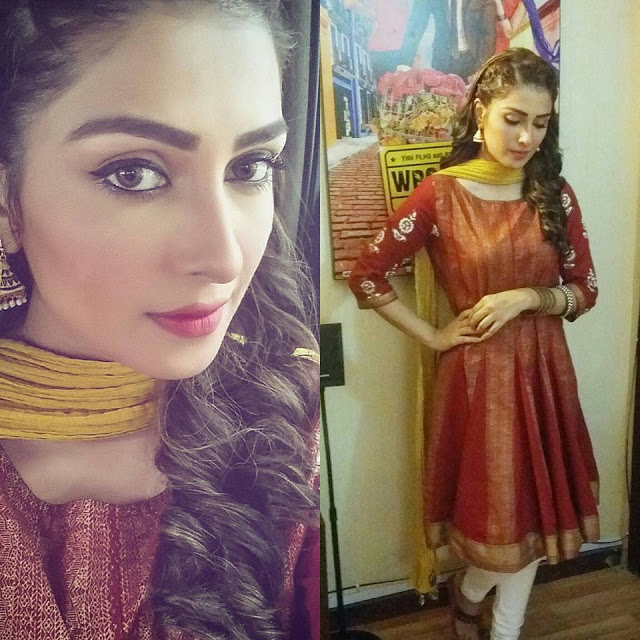