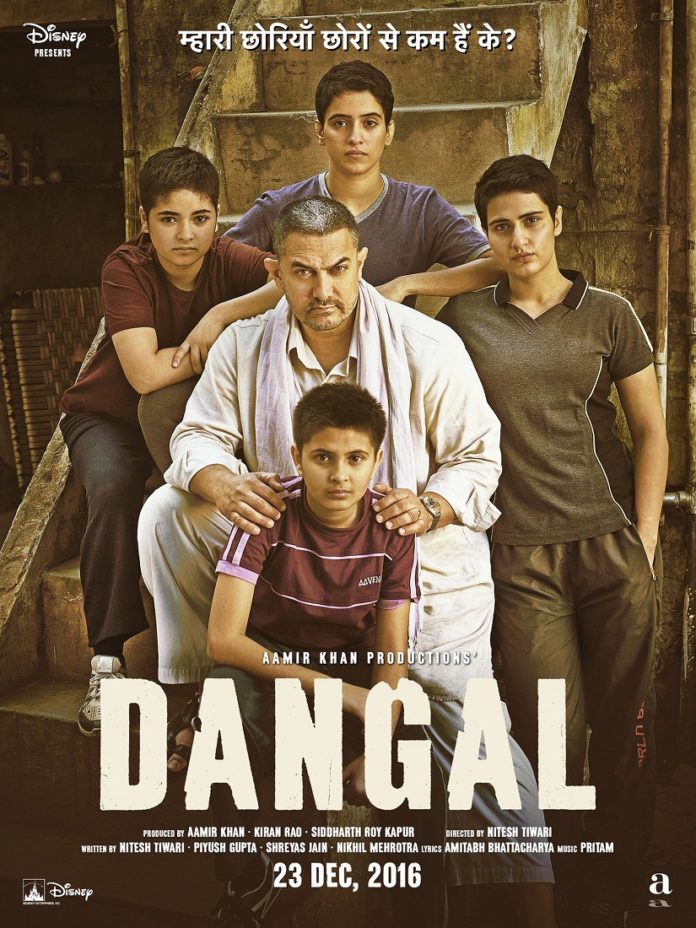 Aamir Khan, who is known as a perfectionist has surely made it to the news today with his mesmerizing yet uplifting trailer of his upcoming movie Dangal.

For Aamir fans, it’s certainly the most awaited thing that might have added colors to their mid-week blues. It’s been two years since the PK actor has a release and now with Dangal, it looks like the most anticipated film will make the audience aware of the true heroes who are often neglected.

Performing the role of  the real life living legend, Mahavir Singh Phogat, Aamir Khan trains her daughter to get familiar with the wrestling sport and make his father and country proud. The plot of the movie revolves around Wrestling and how Aamir has always thought of having a son who can fight and win a Gold medal for the country. Soon, the father of four girls finds that his daughters can also make their mark in this male-dominant game and train them himself to  make them award-winning wrestlers.

Here is the super intense trailer that will surely make you impatient for the film:

Even though Aamir’s wrestling scene and the movie plot takes us back at Salman khan’s Sultan but we are sure that with this movie, Aamir will truly nail the character, the story, and the plot. The girls who play as Aamir’s daughters depict the same strength and vivid performance. Besides wrestling, the film focuses on women empowerment and how women can be there with men side by side.  the film is expected to release on December 23rd, 2016. We are sure this movie will bring drama, fun, emotions all summed-up together to hit the stage.