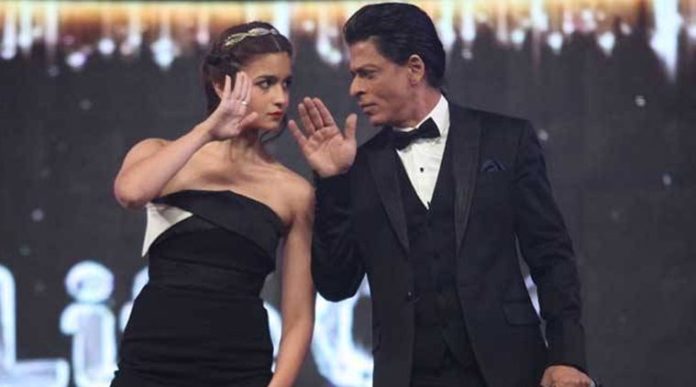 The wait is finally over! Koffee With Karan Season 5 is here and guess who are the first esteemed guests? It’s the latest duo of Bollywood, Shah Rukh Khan and Alia Bhatt! Yes, SRK and Alia will be the first guest on Karan Johar’s famous celebrity talk show.

Ace director, Karan Johar shared the first clip of the show on his Twitter account to promote the show!

The King Khan, who is known for his witty sense of humour is seen pulling Alia’s leg over her lack of knowledge. Karan Johar shared a snippet from the premiere episode on his Twitter handle on Saturday. When he asked the 50-year-old actor, “If you woke up as Alia Bhatt,” SRK said, “I will just read the newspaper.”

SRK and Alia will share screen space for the first time in Dear Zindagi movie. To add more excitement, fashion divas, Sonam Kapoor and Kareena Kapoor Khan will also be on the show!

Koffee with Karan 2016 has become one of the most anticipated TV show where celebrities talk about their life, career and of course the B-town gossips that everybody is eager to hear. Set to be aired on November 6th, this season will be filled with masala, gossips, love, friendships, relationships, secrets and what not