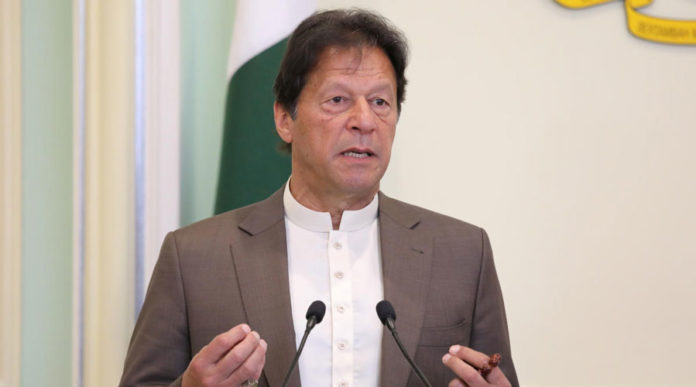 Prime Minister Imran Khan has said that at least this year, we will have to deal with the virus. Doing so will not completely destroy the business.

I will bring back the Pakistanis stranded abroad. He said that the first problem was that we had limited screening facility and the provinces objected not to bring a large number of citizens from abroad so limited number of Pakistanis.

Imran Khan said that now we have decided that the number of flights is being increased to bring back the Pakistanis stranded abroad, they will be tested at the airports and then sent home, the result was positive.

Imran Khan said that our observation is that people with money are following SOPs but the common man has a different attitude towards Coronavirus. In this regard, among the volunteers of Tiger Force, and awareness of how to live with Coronavirus.

The Prime Minister said that the tourism sector should be opened, as in some areas tourism takes place only for three to four months of summer and The Prime Minister said that besides this, the decisions taken at the NCE meeting were also taken on Tuesday under the chairmanship of Federal Minister for Planning Asad Umer. They will be made public after the upcoming National Command and Control Center (NCOC) meeting.

Tourism is the main earning source for regions like Khyber Pakhtunkhwa & Gilgit-Baltistan. If their business season will be spent under a lockdown, many areas will go into poverty. The governments of both regions will set the SOPs to re-open their tourism sector#COVID19 pic.twitter.com/cbEXxOvfyJ

The Prime Minister said that the sectors which are most at risk will still be kept closed but all other sectors will remain open, the list of which will be revealed soon. He appealed to the people that we have to become a responsible nation. He gave the example that when they did a complete lockdown, the people there were in a bad condition, many people died, they had to walk for miles, but still, the coronavirus spread there and hospitals were filled, but still, they had to open the country due to poverty. I am sorry to say that the spread of the virus and the increase in deaths will increase, be as careful as the public.

Estimate of over 670,800 Coronavirus cases in Lahore alone from Summary to Punjab CM

The number of corona epidemics in the country is increasing day by day and a record 4,131 cases have been reported in the last 24 hours while the death toll has risen to 1,688.