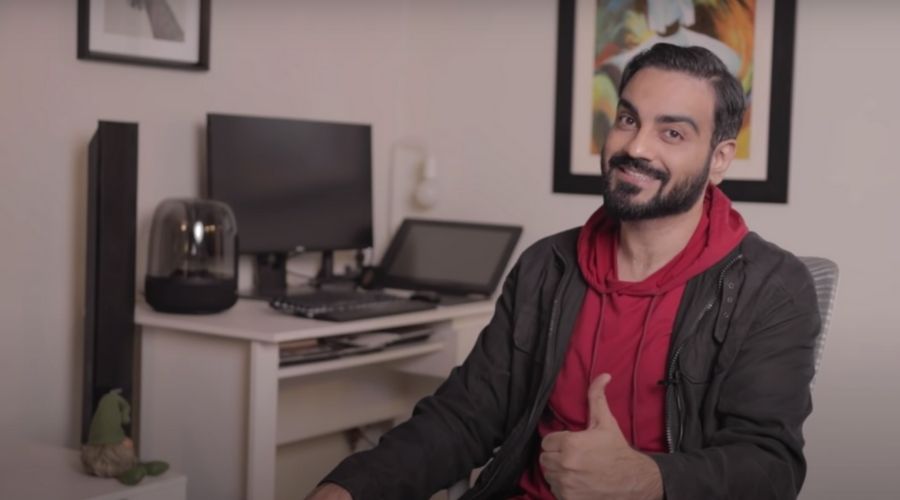 Good news for all the fans is coming this Ramadan as the famed “Pindi Boy” Arslan Naseer of Comics by Arslan (CBA) is all set to make his TV debut. Hailed for his artistic work and impeccable comic timing, Arslan has been a favourite of many Pakistanis since 2011.

Now the YouTuber is joining a stellar cast this Ramadan to bring Pakistani audiences a comedy, family drama. Cast alongside Arslan is the very talented lineup of Mira Sethi, Osman Khalid Butt, Ali Safina, Osama Tahir, Nabeel Zuberi, Zoya Nasir and Natalia Awais including many more. Taking to Instagram, Naseer announced that he was working on a drama serial directed by Danish Nawaz and Saima Akram Chaudhry.

In an interview, Arslan revealed of how he landed the opportunity “I have been part of the corporate sector for many years and was seriously thinking of taking my YouTube career full time,” he began to share, adding that this isn’t the first time he got an offer from the TV industry. “But I suppose this came at the right moment as I was about to take the leap of faith and was planning on quitting my day job. Though it happened all of a sudden, God has been kind and the timing was right.”

The story is of a two families who are related and are also each other’s neighbours, having grandmas who were part of a polygamous marriage,

“Both the ladies have a never-ending beef but their grandchildren think otherwise. It’s a love-hate relationship of one big family that is filled with occasional jealousy, friendship, love and lots of laughter,” he explained, revealing that he is playing the eldest son in one of the families and is best friends with the eldest son of the other family played by Osman Khalid Butt.

Sharing his experience, Arslan had these thoughts to share, “Initially I was not too sure about taking up acting as a career but it’s a great learning experience,” he furthered. “Each individual on the set, from the tea boys to the makeup artist to the leading actors, they all have a story to tell and there is so much to learn from each one of them. I am loving the process so far; I never knew that I would enjoy acting so much. If the role and the script are interesting, I would definitely look into future projects as well.”

“We have a great time on the set and that is what matters at the end of the day,” he expressed.

We are all excited to see our favourite comic YouTuber on television screens this Ramadan and how his comedy antics will play alongside other great members of the cast.