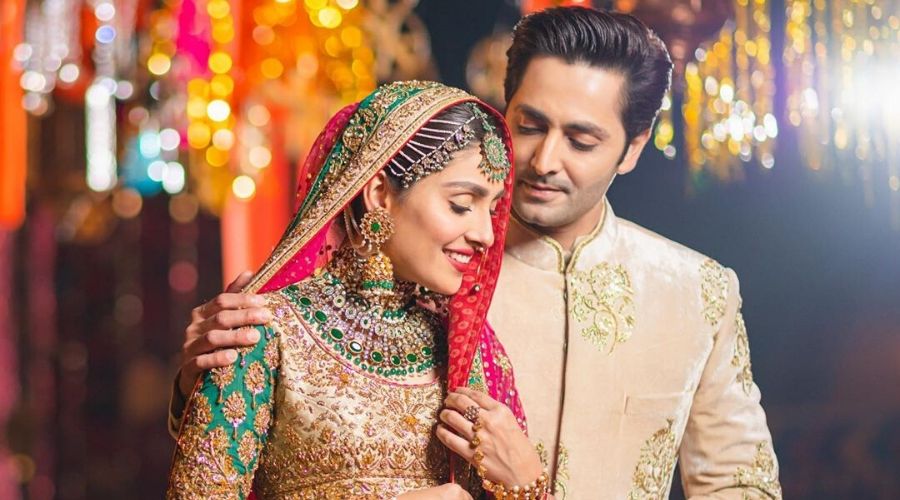 Ayeza Khan has been reigning high since the success of “Merey Paas Tum Ho” and subsequent hit “Thora Sa Haq”, and yet again has scored with her latest serial “MeherPosh”. The new serial has been hyped up ever since its first teaser aired on Geo TV as it stars the real life power couple of the industry i.e. Danish Taimoor and Ayeza Khan.

The first episode of the drama aired on 3rd April and was watched around the country as fans tuned in to see their favourite couple perform on-screen. This was the first time that any drama had received such high TRPs in the history of television.

Ayeza and Danish shared the big news with fans on their social media accounts. Meher Posh received a record-breaking 13.4 TRP on Friday. Not only this, but the first episode also managed to hit 2.8 Million views on YouTube in just 2 days.

Maharposh is a love story in which Ayeza Khan portrays Mehru, a woman who has to deal with social scrutiny after she is divorced on the very first day of her marriage. What seems to be a classic “damsel in distress” story has Danish Taimoor playing the smooth hero who will eventually be Mehru’s savior.

Ayeza Khan also filled with gratitude, shared the happy news of making history with her fans on Instagram:

She captioned: “Can’t thank Allah enough for the blessings, what an amazing start highest rating of the First episode ever

Second episode of the drama was also highly praised and also received record breaking TRPs. Tune in on Friday on Geo TV to watch the third episode of the gripping drama serial.