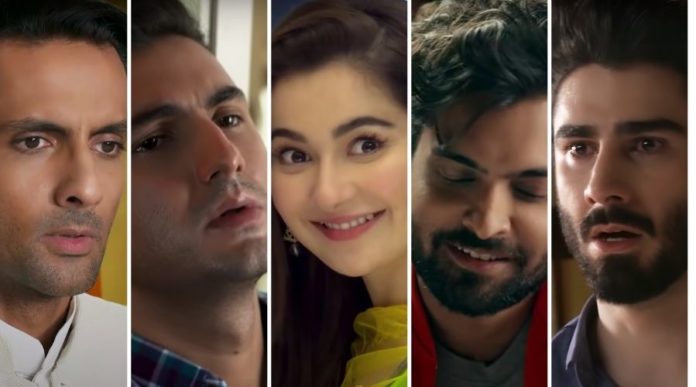 Hania Amir has become one of the leading faces of the Pakistan Entertainment Industry after numerous hit dramas and movies. These days yet another drama of hers is making strides due to her stellar performance, Dil Ruba, the serial is one that gets millions of views and is highly trending and that people tune in to every week.

The story of a girl belonging to middle class, Sanam (Hania Amir), is hailed in the Pakistani society as she is the template of the girl every man wants, beautiful, young, naïve and charming but she is not so innocent. Due to her tender age, Sanam has always enjoyed the attention that men have given her and rather than being careful in these matters, she takes this as fun and games and becomes the most outrageous flirts.

Always enjoying the gifts and attention that men have for her, Sanam soon faces ugly repercussions of her flirtations as after being married all her past affairs are revealed to her husband and in an act of rage he dies, leaving Sanam with a child.

This is where the arc of Sanam’s character lies as she is faced with the harsh realities of the world and raising a child alone, soon she is married again but this time around, she is the one who has to deal with a husband with a loose character. As the episodes go on audiences want to witness what Sanam will do to save her home this time and how win over all her problems.

Drama is Directed by Ali Hasan and produced by Momina Duraid under the banner of MD Production. The cast also stars Shahroz Sabzwari, Syed Jibran, Asad Siddiqui, Nabeel Zuberi, and Mohib Mirza. Alongside Hania, even Mohib Mirza is coming back on our screens after a very long time.

The OST has been sung by Nirmal Roy, Lyrics are penned by Sabir Zafar and the Composer is Shani Arshad.

Dilruba airs every Saturday Starting at 8:00 PM on HUM TV.