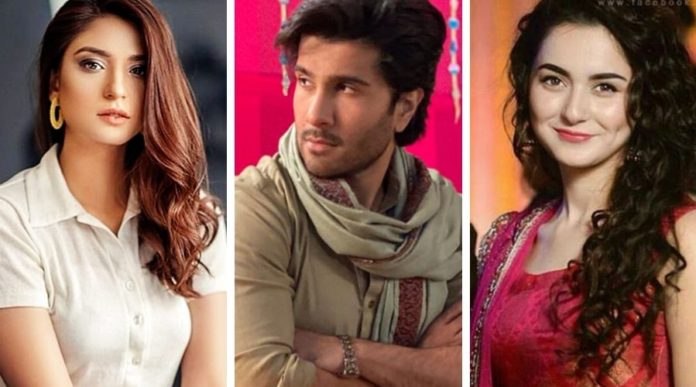 Trending every week, generating millions of views and becoming one of the most anticipated and watched drama on the television is the super hit serial, “Ishqiya”. The drama that has become famous for more than one reason is on everybody’s watch list.

The story of the drama revolves around college sweethearts Humna (Ramsha Khan) and Hamza (Feroze Khan), who are in love and want to get married though having completely opposite personalities. Humna is a shy, modest girl, whereas Hamza is very possessive and erratic. Though the two are willing to spend their lives together, Humna is compelled to obey her father who asks her to marry Azeem (Gohar Rasheed).

She marries him without even telling Hamza which leads Hamza feeling betrayed and eager to take revenge. After this Hamza takes the absurd decision to marry Roomi (Hania Amir), Humna’s younger sister just to torture her. But with time Hamza and Roomi start developing feelings for each other but poor Roomi is not aware that she is being victimised for her sister’s revenge and Hamza continues to blackmail Humna.

Humna putting an end to Hamza’s games, tells all the truth about their relationship to Azeem which breaks his heart and he completely loses his trust in Humna. In the coming weeks we will witness how the new dynamics will play out between these 4 main characters as the truth comes in plain sight.

This drama is produced by Fahad Mustafa as well as Dr. Ali Kazmi under the banner of Big Bang Productions.

The OST is compose and singing by the Famous Pakistani singer Asim Azher.

The drama is written by Mohsin Ali Shah and Directed by Badar Mehmood. The drama airs every Monday at 8:00 PM on ARY Digital.