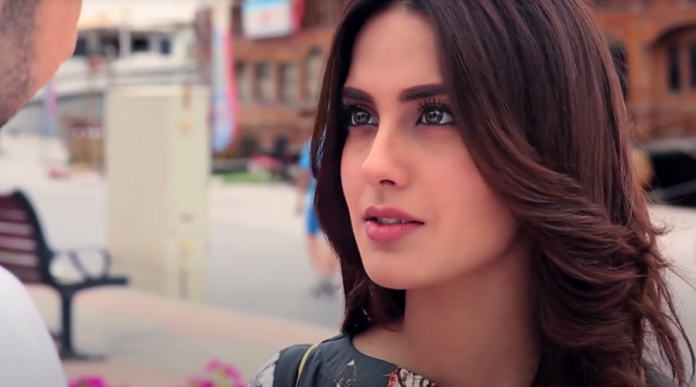 After working together in the super hit drama serial “Natak” that aired some time back on HUM TV, the power duo of Iqra Aziz and Junaid Khan are back again to share the screen in the latest drama “Kasak”.

The story seems to be a “not-so-simple” and complicated love story between the lead characters. In the trailer, we can see that Faryal (Iqra Aziz) bursts into Junaid Khan’s characters office demanding him to decline the marriage proposal that has been arranged by their parents as she is not interested in him or his money.

This seems to grab the attention of Junaid Khan’s character and he ends up marrying her, only for Faryal to find out that his now husband already has a son and hid it from her.

The drama seems a little dated in that, the looks carried by both Junaid Khan and Iqra Aziz seem 2-3 years old with Iqra sporting longer, wavy hair which were a fashion carried by the actress some years back. This drama may have been stalled to air due to reasons and now is finally seeing the light of day.

Watch the trailer for the serial below:

More details about the serial are yet to be revealed, as of yet it is confirmed to air on ARY Digital sometime soon.

Both Iqra and Junaid Khan are making strides with their performances in their respective serials, “Jhooti” and “Kashf”, the pairing would be entertaining to see once again on our TV Screens.