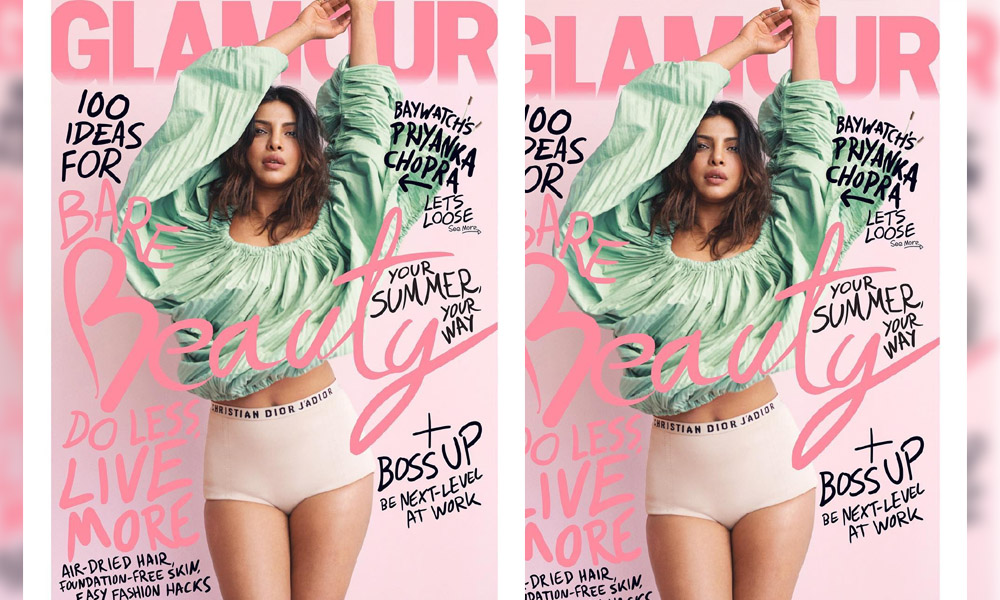 Actress Priyanka Chopra featured on the May cover of the Glamour Magazine and she is looking hot Af! The actress was wearing Dior briefs and seafoam-green Marni top. Priyanka was photographed by Sebastian Kim for the cover.

Similarly, Priyanka also gave a detailed interview about her stints in Hollywood. From playing a lead role in the popular tv show to playing a baddie in her upcoming movie.

But moreover, she talked about her heritage. Priyanka said ‘I don’t think a lot of people understand what Indians are. And that’s our fault, a little’. “We tend to forget our roots a bit. As kids ‘If I’m too Indian, I’ll be put in a box, and people will think of me as different. They’ll think I’m weird because I eat Indian food or my name is difficult to pronounce,’she said. “That girl in school used to call me ‘curry.’ You’re scared of those things. We’re afraid of letting people see the glory of who we are.

Above all, she currently busy promoting her Hollywood debut flick Baywatch. which is going to release on 10th May.