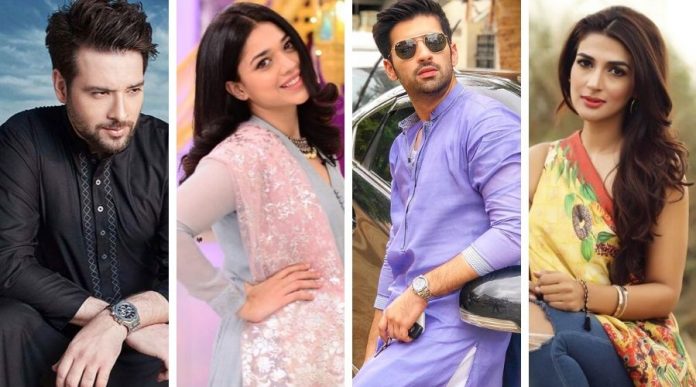 MD Productions is the leading production house in the Pakistani Entertainment Industry and it has given the audiences some of the most celebrated stories and beloved characters over the years. And yet again they are coming up with their latest project “Qarrar”, starring the talented Rabab Hashim.

The drama is already in the shooting phase and Rabab Hashim will be seen alongside the talented cast consisting of Mikaal Zulfiqar, Muneeb Butt and Sanam Jung among others.

The drama seems to be a comeback of Rabab Hashim as a lead actress as she has been playing supporting characters for a long time.

“I always try to challenge myself with the roles that I pick – because I think that is what ultimately helps me grow as an actor,” Hashim said while talking about this latest project. “I am pleased and excited to be a part of this project because it is truly a great story and can’t wait for it to reach everyone else out there too!”

The drama is a project of MD Productions, it will be produced and directed by Barkat Siddiqui. It will be aired on HUM TV.

The actress also posted BTS image on her Instagram, saying: “Being able to do what you love is such a blessing! Whatever the other challenges maybe, you always bounce back! 🙃And this is what makes it worth it”

No airing date of the drama has been revealed yet but we are sure to get thoroughly entertained by the supreme ensemble cast. This drama also comes from Barkat Siddiqui who previously directed “Mujhe Khuda Pe Yaqeen Hai” on Hum TV in 2013 for which he earned nominations as Best Director Drama Serial and Best Drama Serial at 2nd Hum Awards.