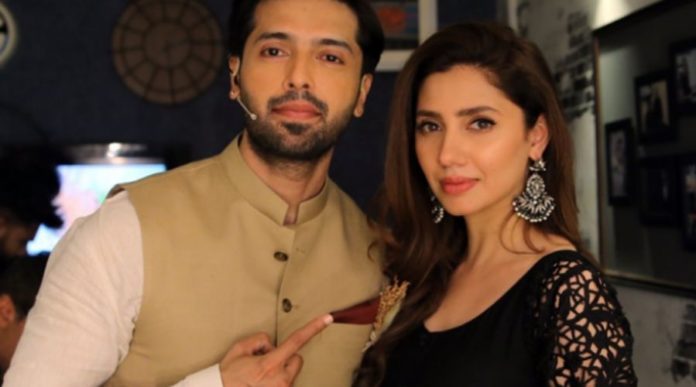 First look of the most anticipated film, “Quaid-e-Azam Zindabad”, starring Mahira Khan and Fahad Mustafa has been unveiled. Both the lead actors took to social media to release the teaser poster.

This would be the first time that the superstars will be seen together on the big screen. Mahira Khan has made appearances on Fahad Mustafa’s famed show “Jeeto Pakistan” several times and now they will work on screen together for the first time.

The film is directed by Nabeel Qureshi and co-written by him and Fiza Ali Meerza. “I have never worked with Fahad Mustafa,” Mahira previously told BBC Urdu. “I really wanted to work with him but there just wasn’t any time. I can’t even begin to tell you the amount of projects the two of us have been offered together but the timing has never been right.”

The filming of the shoot has wrapped up and release date pre-coronavirus spread was Eid-ul-Adha but now the release date is unclear.

Qureshi, while speaking to various media outlets, had earlier said that the team of the film is working on the film from home and they hope to release it as per schedule. Many in the film fraternity have come forward to congratulate the actors on the project:

All the best @FilmwalaP, anxious to watch @fahadmustafa26 and @TheMahiraKhan together

The film is a satirical comedy drama that is expected to be message driven as well as leave the audiences thoroughly entertained.