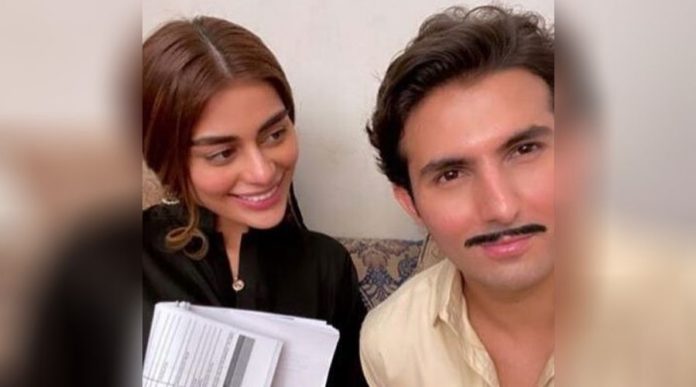 After the whirlwind romance reached its pinnacle when Sadaf Kanwal and Shehroz Sabzwari finally announced that they have tied the knot via social media.

The romance is rumored to have sparked during the shooting of their new, upcoming telefilm ‘Ghar Kay Na Ghat Kay’.

The telefilm has been scripted by Faisal Sherazi and will star Shahroz and Sadaf in the lead alongside Javed Sheikh and Ahmed in pivotal roles.

The telefilm will star the couple in lead roles and will air soon in 2020.

The couple shared selfies from the set on their Instagram stories. 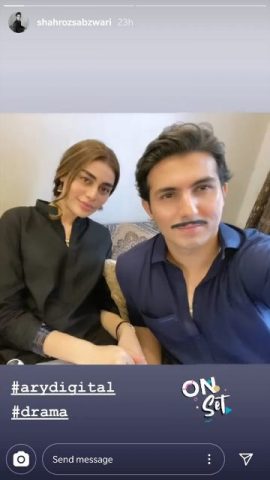 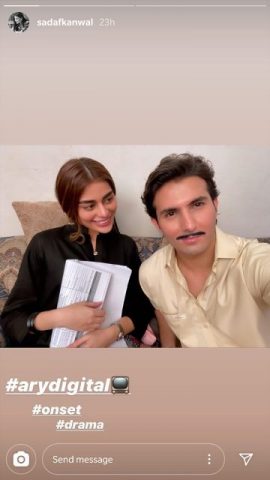 Sadaf Kanwal starred last year in the mega hit serial “Alif” and Sadaf was hailed for her performance where she played the role of a famous designer and love interest of Hamza Ali Abbasi.

After appearing in successful projects like “Dewar-Sahab” and “Bisat-e-Dil” last year, Shehroz sabswari will be starring in yet another drama this year along with Anum Fayyaz for TV One.

Shehroz Sabswari has been in the tabloids since last year due to his separation and ultimate divorce from the famous actress Syra Yousuf and his subsequent affair with model Sadaf Kanwal that resulted in marriage way too hastily then people would have liked, leaving Shehroz to be subjected to cheating his first wife.

The rumors of the two dating began shortly after Shehroz Sabzwari announced separation from his wife, the actor extraordinaire, Syra Shehroz, hinting that Shehroz cheated on his wife. But Shehroz put a stop to these rumors, saying that he has a working relationship with Sadaf. But the tabloids could not remain silent for long as the two were again spotted cycling and celebrating birthdays together out in Karachi shortly after the divorce was finalized.

The telefilm once on air will gain a huge audience, just to witness the chemistry between the two newly weds.