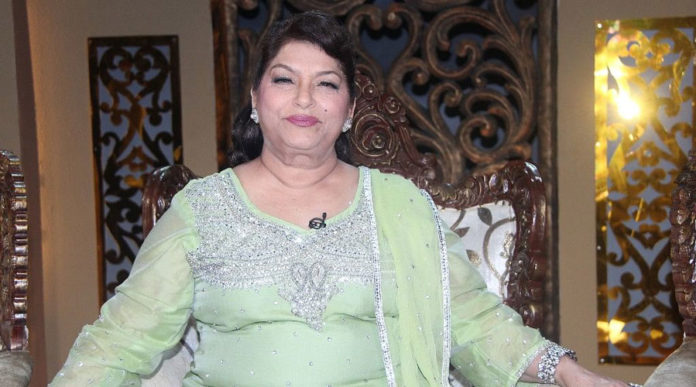 Bollywood Veteran choreographer Saroj Khan died of a cardiac arrest late on Thursday night at the age of 71. She was admitted to Mumbai’s Nanak Hospital last month after she complained of trouble in breathing.

Saroj Khan was within the hospital since June 17 after she complained of breathing difficulties. She had tested negative for the coronavirus disease (Covid-19). Saroj Khan is survived by her husband, son, and two daughters.

The last rites of Saroj Khan are going to be performed at Malvani in Malad, Mumbai today.

She died because of a cardiac arrest in the ICU of Guru Nanak Hospital where she was admitted on June 20 after she complained of breathing issues.

In a career spanning over four decades, Khan was credited with choreographing quite 2,000 songs.
The three-time National Award winner had choreographed for a few of the foremost memorable tracks, including “Dola Re Dola” from Sanjay Leela Bhansali’s “Devdas”, “Ek Do Teen” from Madhuri Dixit-starrer “Tezaab” and “Ye Ishq Haaye” from “Jab We Met” in 2007.

Lately, she had been selective in signing new projects. Her recent works include choreographing Kangana Ranaut in “Manikarnika” last year and “Tanu Weds Manu Returns” in 2015. Her last major assignment had been directing Madhuri’s moves in last year’s release, “Kalank”.

Esra Bilgic and Burcu Kiratli gets trolled By Pakistani ‘Fans’

Filmmaker-actor Kunal Kohli and others mourned the loss of Saroj Khan during a series of tweets. Look into the posts here:

#SarojKhan my beloved Masterji. #RIPSarojKhan From Music Videos to films we had a long journey together. Now you’ve left me & gone. I will do & make what we spoke about one day, my promise to you.

Got up with a huge pain in my heart ….. on hearing about your demise ,you were an institution in yourself ,the biggest loss to our dance fraternity…. was fortunate to dance under you , dance with you , choreograph you and choreograph with you and direct you …. willl never forget the love and the passion with which u would choreograph each song the passion in your eyes was like never seen before …. thank you for teaching me so much …. you will always be remembered and always in our hearts …..Saroji…. my condolences to the entire family ….. RIP mam

Shocked to know the sad demise of Saroj khan ji. An era comes to an end with her. Rest in peace. 🙏

Saroj ji’s name introduced the word ‘choreographer’ to my life. A genius who immortalised stars and the music that defined an era with her iconic work. May her loved ones find strength and courage at this terrible hour. There’ll never be another…#RIPSarojKhan #Legend #Masterji pic.twitter.com/EffYUvX7Ca