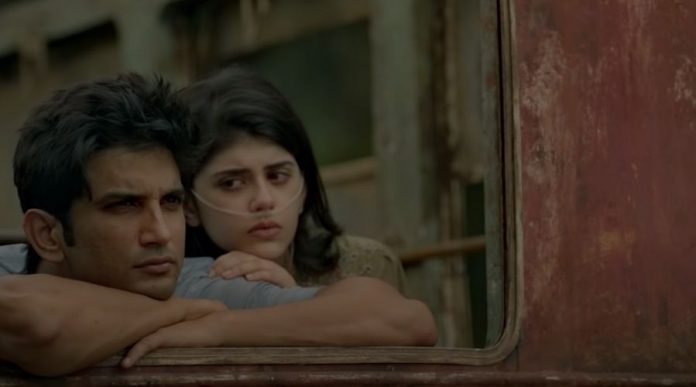 The unfortunate and pre-mature departure of actor Sushant Singh Rajput left many in shock but the recently released trailer of his new film “Dil Bechara” is yet another chance to say goodbye to the late artist.

The news of his last film being released online soon has been confirmed by the director.
His latest film “Dil Bechara”, the Indian remake of Hollywood film The Fault In Our Stars was to be released in May but had been delayed due to the global pandemic that had spread across India as well.

The trailer is rapidly becoming the most watched trailer on YouTube beating the blockbuster “Avenger: Endgame”.

29 million views were generated for the trailer on Fox India’s channel whereas, Disney+ Hotstar’s channel generated 1 million vies on the trailer. Now Dil Bechara will release on Indian OTT service Hotstar which is directed by Sushant’s best friend Mukesh Chhabra.

Many superstars like Priyanka Chopra, Rajkumar Roa and many more posted the trailer while remembering the departed soul:

Sharing the trailer of the film, Sushant’s co-star Sanjana Sanghi also wrote, “He was the one who healed her, and took away her pain by celebrating each and every little moment that mattered. We miss you so much, Sushant. Thank you, for all your love, the memories, the laughter and films.”

Here’s presenting to you, our labour of love. The #DilBecharaTrailer is out NOW!https://t.co/ghKY2bBXVw

He was the one who healed her, and took away her pain by celebrating each and every little moment that mattered.

Apart from being Mukesh Chhabra’s directorial debut, the film is actor Sanjana Sanghi’s first film as well. Fans also took to twitter to express their feelings for the upcoming movie of their favourite star:

this is just the beginning. we will set the records so high that nobody is able to reach them. let’s create history. let’s do this for sushant.#DilBechara#SushantInOurHeartsForever pic.twitter.com/bgAZnefAkR

Tribute to #SushantSinghRajput From His Fans, Hope He Also Get Justice Soon!#DilBechara pic.twitter.com/vcZJzjBkkz

This scene is going to hurt. Look at his eyes 💔 #DilBechara pic.twitter.com/hbg0qID2eo

official trailer will be out tomorrow cant wait to see #SushantSinghRajput in his last movie💔 though its very painful but I'll make sure to play my part to promote his last movie in my country Pakistan,lets get
together to make this film a huge blockbuster guyz🙏 #DilBechara pic.twitter.com/az0IRpJumc

It also started trending in Pakistan

Yes! ❤️
I had stopped watching movies kyun k aapni life bhi koi movie sey koi kam tou thi nhi but you all better make #DilBechara the greatest hit of all time! Hopefully we can open Hotstar in Pakistan.
Meri jaan #SushantSinghRajput deserved it way before but we owe him this now. https://t.co/TvoOkCrt9K

Hopefully as I enjoyed the trailer also movie will be uphold our expectations please watch this movie on @DisneyplusHSVIP but sadly in Pakistan Disney is not official so for this I watch this movie throught VPN.#DilBechara #SushanthSinghRajput https://t.co/8aqGj4hgfH

The Bollywood fraternity, legendary sports personalities and also the Indian Prime Minister gave tributes to the actor in their official Twitter and Instagram handles.

Tubelight Teaser Is Released: Salman Khan Is Back With A Unique Story And Gives Heartwarming Powerformance