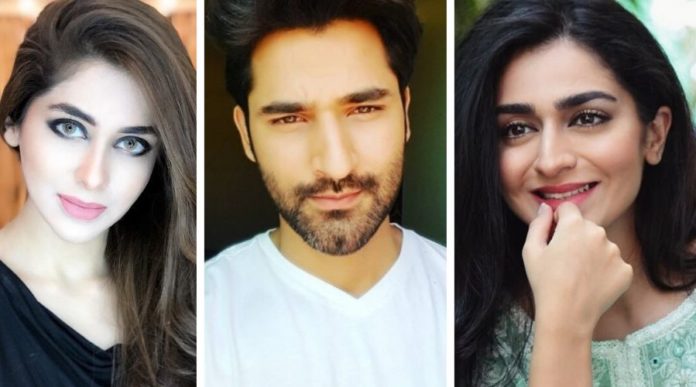 Hum TV has just announced a new project, “Tera Gham Aur Hum”, coming soon to our screens. The serial will be featuring the talented Hajra Yamin, Zain Baig & Azekah Daniel among others.

The teasers released on air and on HUM TV’s YouTube Channel show the story of Ali (Zain Baig), Sara (Azekah Daniel) and Maheen (Hajra Yamin). The story seems to be centered around Maheen, who is in love with Ali and they both seem to happy together, but soon her happiness is snatched from her as Sara decides to take Ali for herself and both are seen getting engaged. This breaks Maheen’s heart who thought Ali and Sara to be closest to her and at this betrayal and decides to take revenge.

The teasers of the show were recently released.

The new Drama serial 2020 Starting from 1st July Every Wednesday & Thursday only on HUM TV.

Hajra Yamin was last seen in the super hit “End-e-wafa” whereas Azekah Daniel received accolades for her performance alongside Saba Qamar in the famed thriller “Cheekh”.