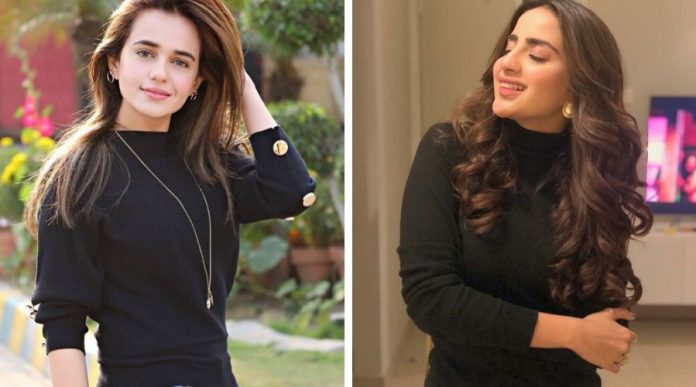 A story that tells how a family that does not have love, understanding and loyalty towards each other, will ultimately destroy one another, is what HUM TV’s “Tum Ho Wajah” is all about. The series consists of a stellar cast and has been generating a lot of audience who tune in every week to witness what the story will bring next.

“Tum Ho Wajah” is a drama in the center of which is a family which consists of a couple and their three children and the dynamics between them. The family has two daughters Chanda (Sumbul Iqbal) and Sitara (Saboor Aly), who are polar opposites of each other whereas their parents consist of their kind mother (Savera Nadeem), father and a brother.

The family faces many trials and tribulations as Chanda cannot leave her corrupted ways and hastily marries her long time, good for nothing boyfriend Shahab (Shahzad Sheikh), and soon she realizes that she made a mistake but cannot admit it to anyone rather the whole family blames the mother who knew about the affair and instead of doing something about it, kept quiet. The mother has been carrying the weight of all the blames and things have started going from bad to worst.

In the latest episode we saw that the father dies due to the vile lies that his brother feeds him and we see that the mother attacks him with a knife, though if this is a dream or a reality, we cannot say.

The first teaser was launched by Hum TV on 25 March 2020. The OST is sung by Faiza Mujahid and Waqar Ali, whereas lyrics are by Sabir Zafar.

The series has been directed by Saima Waseem and the writer is Samina Ejaz. Tum Ho Wajah telecasts every Monday at 8 pm on HUM TV.