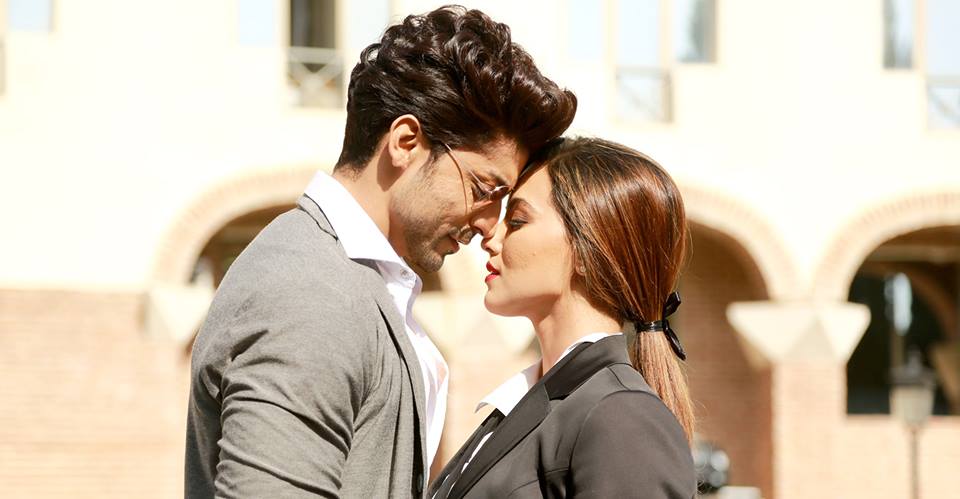 After some poor remakes of classic tracks, endless stripping off and senseless lip locks, Vishal Pandya’s so-called crime thriller, Wajah Tum Ho finally made it to the screen and as expected, it was completely Bewajah. Read on to find out the complete Wajah Tum Ho review and audience reactions.

The film’s trailer and first looks were garish and eye-popping exposing but even Sana Khan’s heaving bosom couldn’t save a story so ludicrous that even the makers were confused.  But however, the film itself was rated very badly by the public and in fact, it was very uninviting.

Much like in Abbas-Mustan movies, the idea behind T-Series’ Wajah Tum Ho is to keep the audience guessing at all times. The sexy movie starts off with the murder of a corrupt policeman being telecast live on a news channel. The story revolves around two lovers dealing with this situation in each other’s ends.

Siya (Sana Khan) and Ranvir (Gurmeet Chaudhary) are lawyers as well as a couple. However, instead of being together, Siya is defending her client Rahul (Rajneish Duggal) while Ranvir is the police-appointed prosecutor on the case.

When the movie is not trying to be more sentimental or emotional, it sucks. Rather sticking to the criminal investigation where Sharman Joshi has to fend off an ill-fitting police uniform and a straight-faced performance.

A skilled actor like Sharman surely deserves better movies and roles. All shortcomings of a film can be forgiven if it manages to entertain. But Wajah Tum Ho’s just isn’t able to cut it on that front.

Check out some aptly hilarious review of the movie on Twitter:

I give 👟👟👟👟👟 shoes to dis movie, actors and whole crew.😡😡#2DaysToJollyLLB2Trailer